Born: July 9, 1964
Birthplace: Dallas, Texas
Residence: Edmond, Oklahoma
College: Oklahoma State University
Turned Pro: 1986
Tour Victories:
Bio
Verplank had a very accomplished amateur career with wins in the Western Amateur and the U.S. Amateur in 1984. Verplank became the first amateur since 1956 to win on the PGA Tour when he won the 1985 Western Open.

While attending Oklahoma State University, Verplank was a three-time 1st Team All-American, the Big 8 Medalist in 1984, a member of the U.S. Walker Cup Team in 1985 and the NCAA Medalist in 1986. He also held the honors of Big 8 Athlete of the Year and the Fred Haskins Award in 1986.

Verplank joined the PGA Tour in 1986 and has had five victories including the 1985 Western Open, 1988 Buick Open, 2000 Reno-Tahoe Open, 2001 Bell Canadian Open, and the AT&T Byron Nelson. He also has one international victory, the 1998 World Cup of Golf.

Verplank and his wife, Kim, have four children, Scottie, Hannah, Emma, and Heidi. 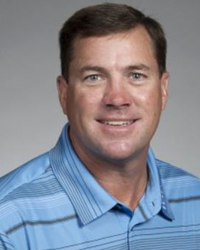 Growing up, his interests in golf stemmed from his attendance at the U.S. Open at Cherry Hills Country Club in 1978. After attending UCLA and playing on the NCAA Division I Men’s Championship golf team, Jobe became professional in 1988. From there, Jobe knew his love of golf would ultimately be something he pursued for the rest of his life.
Bio
After turning pro in 1988, Jobe’s career took off overseas, as well as in the States. Internationally, he soared with over 12 international victories – ranging from the British Columbia Open in 1990 to the 1998 Japan PGA Championship. Jobe also won the Payless Classic (1991) in Canada, as well multiple Asian Tour wins – such as the Thailand Open (1994), the Mak-Young Classic, the Malaysian Classic, and the Bali Open (1995). He also has won the following tournaments and events on the Japan PGA TOUR – Mitsubishi Galant Tournament, Tokai Classic (1997), Golf Digest Tournament, UBE Kosan Open, and the Mizuno Open.
On America soil, Jobe has played countless PGA TOUR events – such as the Masters Tournament and the PGA Championship in 1999, The Open Championship in 2006, and the US Open in 2008.
Brandt is looking forward to a great year with his new teacher, Joey Sinclair.
https://www.pgatour.com/players/player.06573.brandt-jobe.html
Willie Wood 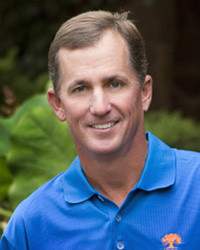 A two-time 1st Team All-American while attending Oklahoma State University, Wood was named Big 8 Champion, received the Fred Haskins Award and finished T41 at the Masters as an amateur in 1982. In 1983, Wood was a member of the U.S. Walker Cup Team and later that year the medalist at the PGA Tour Qualifying School.

Wood joined the PGA Tour in 1984 and would win his first event in 1996 at the Deposit Guaranty Golf Classic for his first victory on the PGA Tour. He has earned 22 top-10 finishes and finished as the runner-up five times. Also, Wood earned a return trip to the Masters in 1998 by finishing 12th at Augusta in 1997, his best showing in a major.
https://www.pgatour.com/players/player.02294.willie-wood.html
Kevin Tway 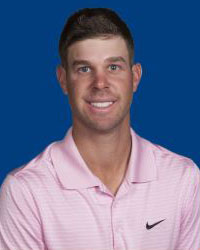 Born: July 23, 1988
Birthplace: Edmond, Oklahoma
Residence: Edmond, Oklahoma
College: Oklahoma State University
Turned Pro: 2011
Tour Victories:
Bio
Tway is the son of Bob Tway, an eight-time winnner on the PGA Tour, including the PGA Championship in 1986. He attended Edmond North High School, where he was named The Oklahoman's All-City Player of the Year in 2006 and 2007. Tway won the 2005 U.S. Junior Amateur and advanced to the semifinals the following year.

Tway played college golf at Oklahoma State. In his freshman year, he won the NCAA Central Regional and was named honorable mention All-American, first-team All-Big 12 and was selected to the All-Central Region squad.

Tway qualified for the 2008 U.S. Open at Torrey Pines but he failed to make the cut by four strokes after posting rounds of 75 and 78. Tway lost in the round of 16 at the U.S. Amateur to Derek Fathauer.
https://www.pgatour.com/players/player.32333.kevin-tway.html
Rhein Gibson
Born: February 1, 1986
Birthplace: Lismore, New South Wales, Australia
Residence: Edmond, Oklahoma
College: Oklahoma Christian University
Turned Pro: 2010 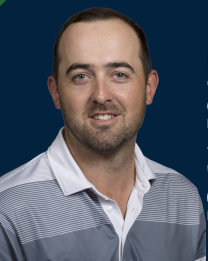 Tour Victories:
Bio
Having gone to College in the US, Rhein Gibson turned Professional in 2010. He earned status on the PGA Tour of Australasia in 2011 via Qualifying School.

Still relatively unknown to Australian golf, Gibson fired a record 16-under 55 in 2012.

The following year he earned status on the OneAsia tour which allowed him starts in the co-sanctioned Australian PGA Championship and Australian Open. He finished 23rd on the PGA Tour of Australasia Order of Merit which earned him a full card on to the Tour in 2014. He also secured a card for the Web.com Tour in 2015 via Qualifying School. His most notable finish of 2015 was a T4 in the Web.com Tour Championship
which also sealed his ticket to the PGA TOUR for the 2015/2016 season.
https://www.pgatour.com/players/player.32618.rhein-gibson.html
Michael Gellerman
Born: November 14, 1991
Birthplace: Tuscon, Arizona
Residence: Edmond, Oklahoma
College: University of Oklahoma
Turned Pro: 2015
https://www.pgatour.com/players/player.48045.michael-gellerman.html
Charlie Saxon
Born: May 8, 1993
Birthplace: Tulsa, Oklahoma
Residence: Tulsa, Oklahoma
College: University of Oklahoma
Turned Pro: 2015
Tour Victories:
https://www.pgatour.com/players/player.49530.charlie-saxon.html
Talor Gooch
Born: November 14, 1991
Birthplace: Midwest City, Oklahoma
Residence: Midwest City, Oklahoma
College: Oklahoma State University
Turned Pro: 2014
Tour Victories:
Gooch played on the PGA Tour Canada in 2015 and 2016. His best finish was second at the 2015 Syncrude Boreal Open. He played on the Web.com Tour in 2017 and won the News Sentinel Open. He finished sixth on the regular season money list to earn his PGA Tour card for 2018.On the 2018 PGA Tour, Gooch made 12 cuts in 27 events with a best finish of T13 at the Wells Fargo Championship. He finished 139th on the FedEx Cup points list to retain conditional status for 2019. He had two top-5 finishes early in the 2019 season.
https://www.pgatour.com/players/player.46402.talor-gooch.html
Viktor Hovland
Born: September 18, 1997
Birthplace: Oslo, Norway
Residence: Stillwater, Oklahoma
College: Oklahoma State University
Turned Pro: 2019
Bio
Hovland turned professional following the 2019 U.S. Open, and made his professional debut at the 2019 Travelers Championship. By doing so, he forfeited his automatic entry to the 2019 Open Championship. He signed sponsorship contracts with Ping, Audemars Piguet and J.Lindeberg.
On 25 August 2019, Hovland finished tied for second in the Albertsons Boise Open, part of the Korn Ferry Tour Finals. This finish secured him a PGA Tour card for the 2019–20 season. Hovland set a PGA Tour record for most consecutive rounds in the 60s with 19 during the second round of the CJ Cup in South Korea. He claimed his first PGA Tour victory at the 2020 Puerto Rico Open.
https://www.pgatour.com/players/player.46717.viktor-hovland.html
Taylor Moore 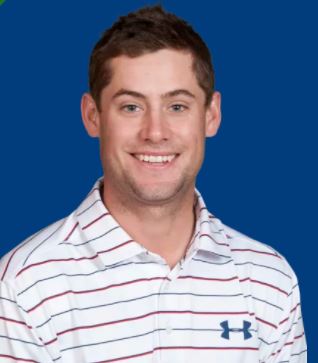 Born: July 28, 1993
Birthplace: San Angelo, Texas
Hometown: Edmond, Oklahoma
College: University of Arkansas
Turned Pro: 2016
Tour Victories
Bio
Moore played his HS golf at Edmond Memorial and was two-time State Champion.
He went on to the University of Arkansas where he became SEC Freshman of the year in 2013. Moore was All-SEC 2014, 2015 and 2016. He was also named to the 2015 and 2016 All-American teams.
Immediately following the NCAA Tournament Moore qualified to play on the Mackenzie Tour-Canada and finished 3rd on the money list to earn his Web.com tour card. He finished 2nd at 2016 Q-School to earn Fully exempt status on Web.com Tour.
In 2017 Moore had three top 10 finishes including a 3rd at the Nashville Open. He will resume play on the Web.com Tour for the 2018 season.
https://www.pgatour.com/players/player.49947.taylor-moore.html
Max McGreevy
Born: May 3, 1995
Birthplace: Edmond, Oklahoma
Residence: Edmond, Oklahoma
College: University of Oklahoma
Turned Pro: 2017
https://www.pgatour.com/players/player.51950.max-mcgreevy.html
Matthew Wolff
Born: April 14, 1999
Birthplace: Agoura Hills, California
Residence: Jupiter, Florida
College: Oklahoma State University
Turned Pro: 2019
Bio
At just 21 years old, Matthew Wolff has the golf world buzzing following a record-breaking collegiate career and a historic start on the PGA TOUR – where in his third professional start he became one of the youngest PGA TOUR winners in history making a long eagle putt in dramatic fashion to clinch victory at the 2019 3M Open. This came only months after winning the NCAA Individual championship – a feat only Tiger Woods and Ben Crenshaw also accomplished in the same timeframe.
As a freshman at Oklahoma State, Wolff sank the winning putt to capture Oklahoma State’s 11th national championship. The following season, he was again named a first-team All-American, playing to an NCAA-record 68.7 scoring average while breaking several records by winning six times. For his efforts he was awarded the prestigious Haskins Award as well as the Nicklaus Award, which recognizes the top collegiate golfers across all NCAA divisions.
https://www.pgatour.com/players/player.56278.matthew-wolff.html
Blake Trimble
Born: August 19, 1983
Birthplace: Oklahoma City, Oklahoma
College: Southern Nazarene University
Turned Pro: 2009
https://www.pgatour.com/players/player.33788.blake-trimble.html 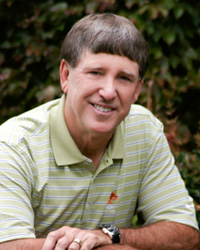 Morgan played on two U.S. Ryder Cup Teams, in 1979 and 1983. He became eligible for the Champions Tour in 1996 and won quickly and frequently thereafter, the first time being 11 days after he turned 50 at the Ralph’s Senior Classic. He has won 24 times on the Champions Tour. Three of those wins were at Senior Majors. 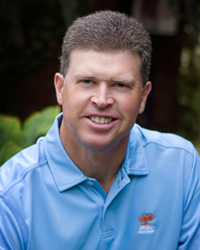 Born: May 4, 1959
Birthplace: Oklahoma City, Oklahoma
Residence: Edmond, Oklahoma
College: Oklahoma State University
Turned Pro: 1981
Tour Victories:
Bio
Participating in his first golf tournament at age seven, Tway would go on to have a great amateur career, winning the Trans-Mississippi Amateur and the Georgia Open and being selected for the World Amateur Team in 1980.

Tway was a three-time 1st Team All-American at Oklahoma State University. While in college, he became the 1979 Big 8 Champion, winning two NCAA Team Championships, and received the Fred Haskins Player of the Year Award in 1981.

Tway joined the PGA Tour in 1985 and has recorded eight career tour victories. In 1986, he had a major championship win at the PGA Championship which led to the PGA Player of the Year Award later that year. 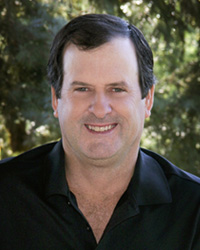 His best finish in a major came at the 1984 Masters, where he tied for third. Edwards became eligible for the Champions Tour in April 2006 and won the 3M Championship in August of the same year.
Edwards and his wife, Jonnie, have two daughters, Rachel and Abby.
https://www.pgatour.com/players/player.01306.david-edwards.html
Mark Hayes 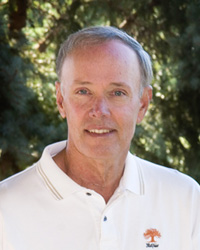 After joining the PGA Tour, Hayes captured two titles in 1976 – the Byron Nelson and the Pensacola Open. In addition, he has won the 1986 Tallahassee Open, and has won the Oklahoma Open three times.

Hayes’ biggest career victory was in 1977 at the Tournament Players Championship at Sawgrass Country Club. This win gave him a 10-year PGA Tour exemption and helped secure his spot on the 1979 U.S. Ryder Cup Team.

Hayes joined the Champions Tour at the 1999 Coldwell Banker Burnet Classic, and his best Champions Tour career finish came when he tied for 10th at the 2001 Siebel Classic in Silicon Valley. 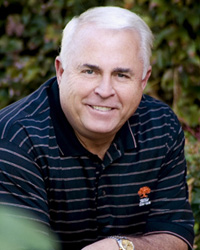 He won his first major title at the 2000 Senior PGA Championship. His second major title came in 2001 at the Countrywide Tradition, where he closed with the lowest round ever shot in a Champions Tour Major, a 10 under 62.